Dogs do have a lot of funny traits. And one of them is their audacity to turn every occasion into playtime. With this in mind, owners should always be ready for the hilarity that may ensue.

A pup named Jax decided to turn things upside down at his owner’s wedding photoshoot. While the photographer was taking snaps here and there, the daring dog ran off and even made someone chase after him.

Jax wants the lake more than the photoshoot

A photographer named Alex Simon shared on his TikTok account the shenanigan that Jax pulled. In a clip that he posted, you would see that the photoshoot was initially fine. Jax and a bunch of well-dressed guys were more than ready to smile for the camera.

But it didn’t take long before the pooch realized that something exciting was missing in the party – fun! While everyone focused on the photographer, Jax soon discovered that there was a whole lake behind them.

The next moment saw Jax running for the lake. One of the groomsmen ran after him, but the dog was determined not to get caught.

By the time the groomsman caught up to Jax, the pup was already at the edge of the lake. With excitement and delight, the pooch jumped into the lake, making some splashes.

Everyone laughs at Jax

As of this writing, Jax’s video has eight million views. It also has 1.1 million likes, over 19K shares, and more than 3K comments. A lot of TikTok users shared their funny comments.

The verified TikTok page of Walmart commented on the video, saying that it wasn’t a wedding unless a guest fell in the pond. Another said that the funny scenario would make a good story to tell in years to come.

While everyone was commenting on Jax’s funny misbehavior, others lauded the groomsman’s commitment to catch the pup. 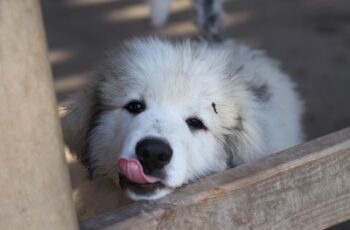