Large dogs can seem intimidating to most people and other dogs. However, most large breeds are actually very gentle and loving.

The Great Dane is an example of such a breed that can often be misunderstood. And the following story highlights the difficulties of big dogs when it comes to making friends.

Iris is a Great Dane who recently lost his playmate when her neighbors moved away. Since then, her owner has tried going to the dog park with her so she could make new friends. However, other dogs kept ignoring her, and she felt out of place.

Iris stopped going to the dog park because of the unpleasant experience. It didn’t make sense to make her go to a place that would just make her sad. Fortunately, Iris didn’t have to deal with the loneliness for too long because new neighbors had arrived.

Iris’s new neighbors had a dog named Odie. As expected, she was excited to play with the new dog. She kept checking the window to see if Odie was outside.

At first, Odie and Iris saw each other from a distance. However, all it took was one time to see each other on the field for them to instantly become close. The smaller dog didn’t care about the size difference. Odie wanted to kiss Iris’s cheeks the first time they met.

The owners gave both dogs cute nicknames. Odie is the small king, and Iris is the large queen. It’s the former who always approaches the latter.

There was a time when Odie sneaked out of his home just so he could see Iris. The neighbors called Iris’s owner and informed her of the incident. Since that day, she has allowed the small dog to enter her home and play with Iris. 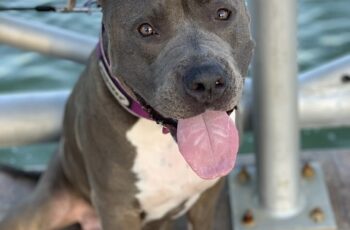 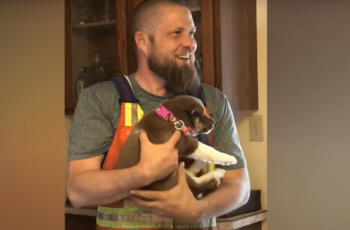