Alex and her entire family treated Ollie as family and not just a mere pet as soon as the Chocolate Labrador Retriever came into their lives. Alex shared that her parents have always considered Ollie as if he were their own, and she often jokes with her sister that their four-legged sibling was their mom and dad’s favorite child.

Alex recalled that she and her family took Ollie into their home when her sister had to move away for university, so the dog became her mom and dad’s new child. She said that Ollie is everyone’s favorite that they even schedule dog-friendly holidays every year so that they could bring him everywhere.

Reply to @cobaltandfaun and I’m not even embarrassed 😌 #goodboy

Alex shared her friends even often laugh at her because of how obsessed she and her family were with Ollie. Alex and her loved ones’ obsession became more evident when Alex graduated college sometime last year.

Alex’s graduation ceremony was canceled due to the COVID-19 pandemic, but that did not stop her family from celebrating it safely at home instead. The celebration turned out better than anyone expected because it meant that Ollie could celebrate with everyone too.

Alex and her sister posed for their graduation photos when they realized that their four-legged sibling does not have his own shortly after the photo shoot was finished. Alex’s family knew they could never leave their dog out of anything they do, so they decided to take his photo too.

Alex shared that she and her family always knew that Ollie was a professional at being a good doggo, so they all decided to make it official by creating a dog diploma for their pal. Everyone saw the final output of Ollie’s little photo shoot, and they could not be any prouder of Ollie’s priceless reaction. 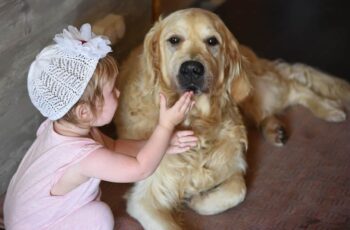 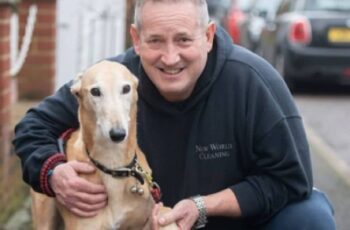