You know the popular saying “If there’s a will, there’s a way”, right? While most humans live up to this saying, would you believe that dogs do, too?

Canines are actually smarter than we think they are. For some, if their human mom and dad refuse to do something, the furry pooches would just obey.

But there are some canines who refuse to just wait and watch the world go by. Some of them will really go out of their way and put matters in their own hands. The funny dog in this video is a perfect example! Watch as he tries to change the clock’s time to fool his parents into thinking that it is dinner time.

Meet Crusoe, a precious Dachshund who seems to always be hungry. He gets his yummy dinner at a specific time each night.

One day, little Crusoe got hungry earlier than expected. So he politely barked at his mom to ask for an early dinner.

But sadly, the clock only showed that it was 4 pm. It was way too early for dinner to be served. So the little pooch, despite his stomach rumbling, had no other choice but to wait.

This happened numerous times until one day, he cleverly figured out a perfect solution to play the system. Whenever he felt hungry at 4 pm, he would sneakily change the clock’s hands to 5 pm! Now when he asks for dinner and his parents would see that it is already 5 pm, they would not hesitate to give him his food.

Hilarious, isn’t it? But we still find him so entertaining to watch, anyway.

Both parents shared that what was initially dinner time at 6 pm then became 5 pm until it came down to 4 pm. Crusoe may be a naughty pooch, but the parents just laughed it off!

Watch the cute and funny skit of how it feels like to have a hungry dog at home through the video below. 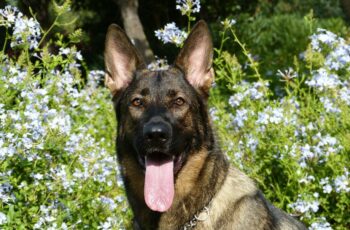 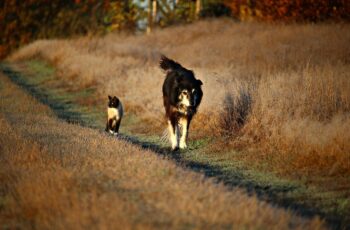